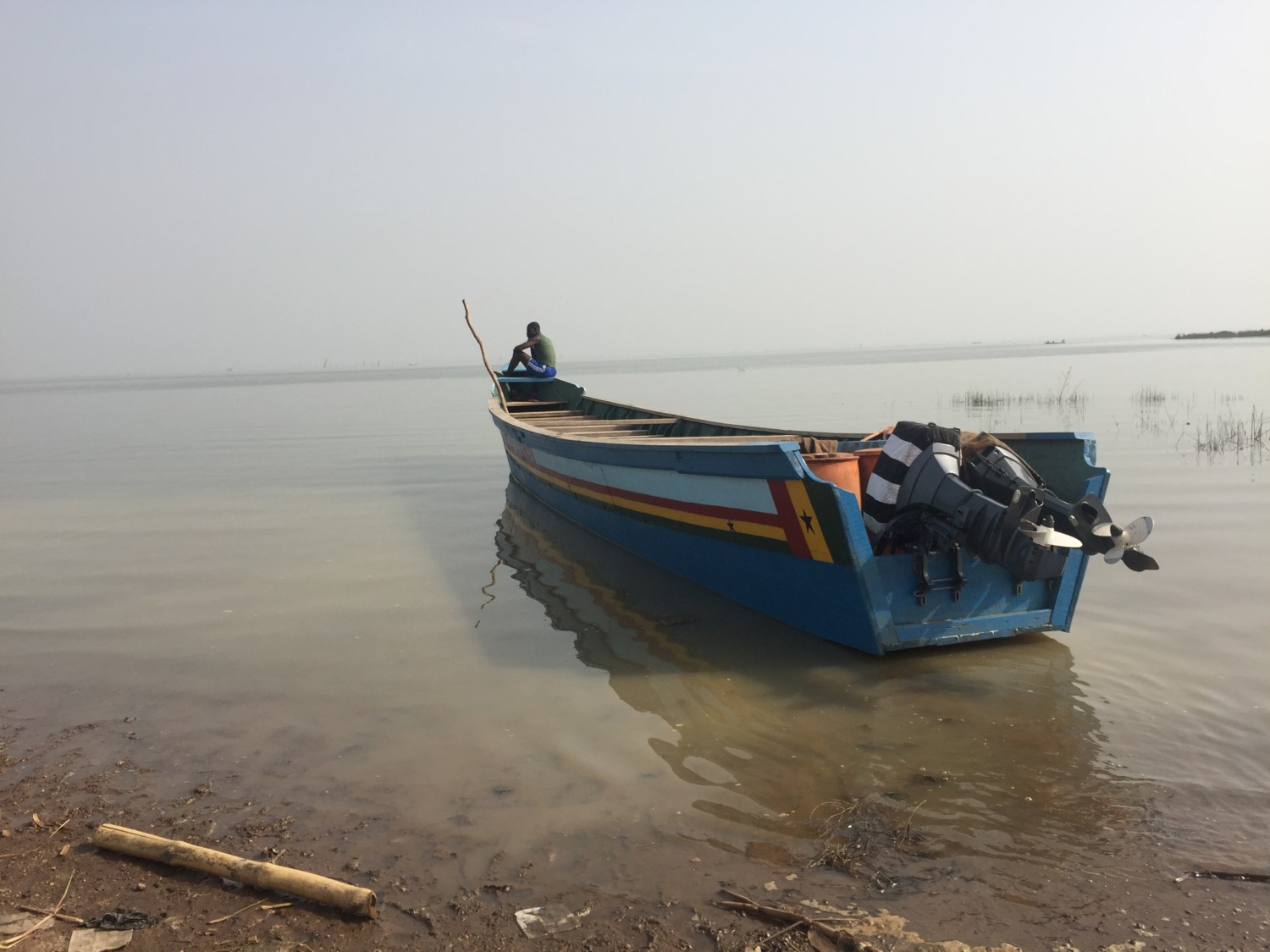 There wasn’t a cloud in the sky, but the soft haze of Harmattan had settled above the waters of Lake Volta. Water levels were higher than they were the last time our rescue team visited in June, covering some of the tree stumps and making navigating the water a bit more dangerous. With the list of children who he had collected background information on tucked safely in his breast pocket, Stephen Adoo, the Rescue and Community Engagement Manager instructed the team to set out for a village an hour’s boat ride away.

The navigator of the boat expertly directed us to a village, using only his memory and 30 years knowledge of the lake. Upon our landing, we made our way to the chief of the village, to introduce ourselves, explain our mission and request for his assistance. His wife sympathised with our mission, saying that sometimes even she felt bad for the children who were forced to fish and endure abuse. The chief called the master of the two boys who were on our list.

The master came and our negotiations began; we explained that the parents and families of the boys had called for the boys return and asked for our assistance and that he needed to turn over the boys to us, and that if he didn’t we would return with the police. After some negotiating, he turn the boys over to our rescue team and they set off for the next village to find the next boy on the list, for the process to repeat.

The rescue team spent a total of 10 days on Lake Volta, traversing the lake and searching for the children who they had gathered information on. With the assistance of the Ghana Navy, they were able to rescue 18 children. These children arrived at the shelter just in time for the Christmas celebration. The rescue team handed them off to the skilled and capable shelter staff and the reintegration team began the process of tracing and preparing the families for the children’s ultimate reintegration.