After five attempts, Kodjo agreed to a rescue 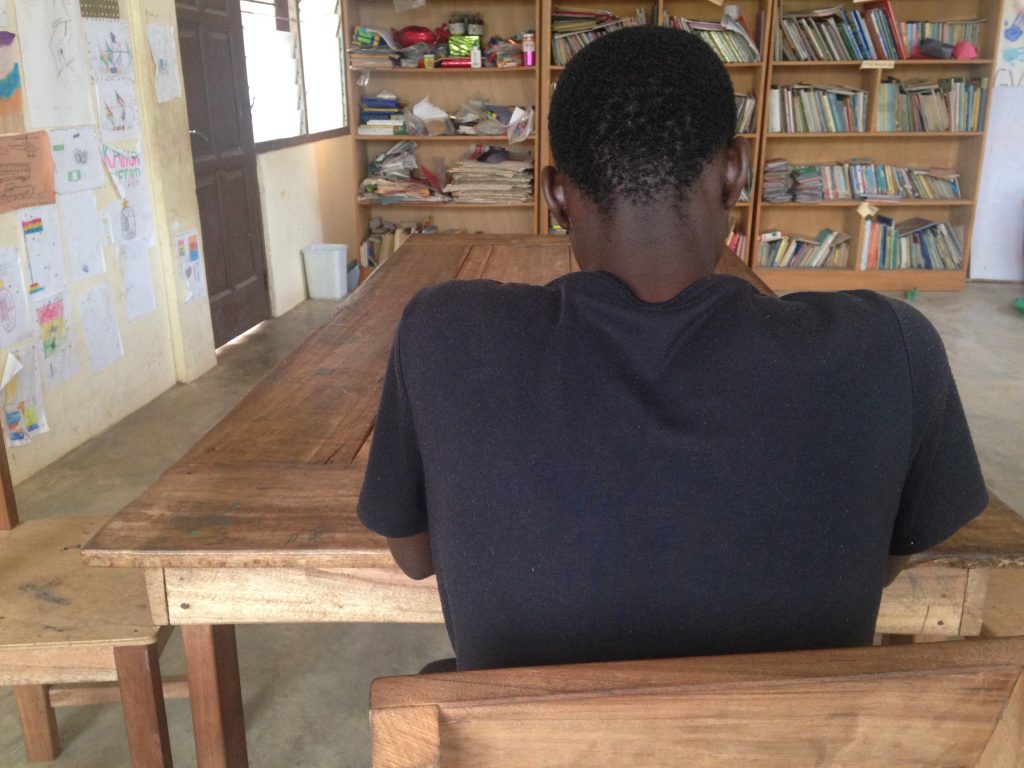 He’d heard of Challenging Heights and the work they did to take children working on Lake Volta away from their labour, but he turned away their efforts to rescue him at least three or four times before he arrived at the Hovde House Rehabilitation Shelter. The 18 year-old we’ll call Kodjo, to protect his identity, enjoyed fishing. He enjoyed the money he made with his uncle, and he had no interest in going back to his father who had kicked him out of his house when he was a small child. It was the fact that he wished he spent more than just five days in his entire life in school, that he wanted to see how the Challenging Heights rescue team could help him.

When he was just a small child living in Winneba, there was an incident after which Kodjo was kicked out of his house, and he had been gone ever since. He found money while sweeping his house, spent it, but after his father found out, and Kodjo went to sleep, his father beat him with a stick and told him to leave the house.

Walking alone toward his grandmother’s house, Kodjo said a friend of his mother’s saw him, asked where he was going and said that she would bring him to another city, Tema, when she was going that way a few days later. The woman picked him up and Kodjo lived with her in Tema, east of Accra, for many years. There, Kodjo said, he had a good life. All the while, his father wanted to bring him back to Winneba and Kodjo refused.

The one time he went to school, Kodjo had been told to write his ABC’s on the blackboard and when he didn’t, the teacher beat him. Kodjo received a cut on his back and so he hit the teacher in the head with a stone and left, never to return.

Eventually, his mother’s friend brought him back to Winneba, where he lived with his grandmother.  When Kodjo was about 15, his uncle visited Winneba and asked if he wanted to come to work on the lake with him in Yeji, since he needed help. Kodjo agreed.

For a few years, Kodjo worked tirelessly, dragging nets and pulling fish into canoes. He went to the lake by 3 a.m. and finished around 8 a.m., before heading out to sell the fish in the afternoons. It was a busy time, but he appreciated the benefits he got since whatever he needed was provided. He knew of others who had been beaten or starved, but he felt like he had everything he needed. He did not, however, get to go to school. It was something he hadn’t realized he wanted until he was rescued by Challenging Heights.

He had known of Challenging Heights, but refused to go with the field team when they arrived to rescue him because he felt like he had been making decent money and on the path toward financial stability., plus he didn’t want to be near his father, for whom he always held a grudge. His family in Winneba, though, wanted him home – and many of the promises he had been told from his uncle, like that of getting a home of his own when he returns to Winneba, would not be fulfilled.

Finally his uncle told him, “Every year they come and you don’t go. This year, go. Go and listen to your father.”

The fifth time Challenging Heights arrived on Lake Volta and showed up to his village to bring him back, Kodjo agreed to be rescued. At the time, he had a hernia and needed medical care that was not being provided in his current situation. Now grateful to Challenging Heights for taking care of his surgery, medication and care, Kodjo may not have come for help if it had not been for his uncle’s urging.

Kodjo was taken to the hospital and his hernia was taken care of, plus he remained at the Hovde House rehabilitation shelter and began basic schooling. He’s now eager to continue his learning and realizes that there are more opportunities for a successful life than just fishing.