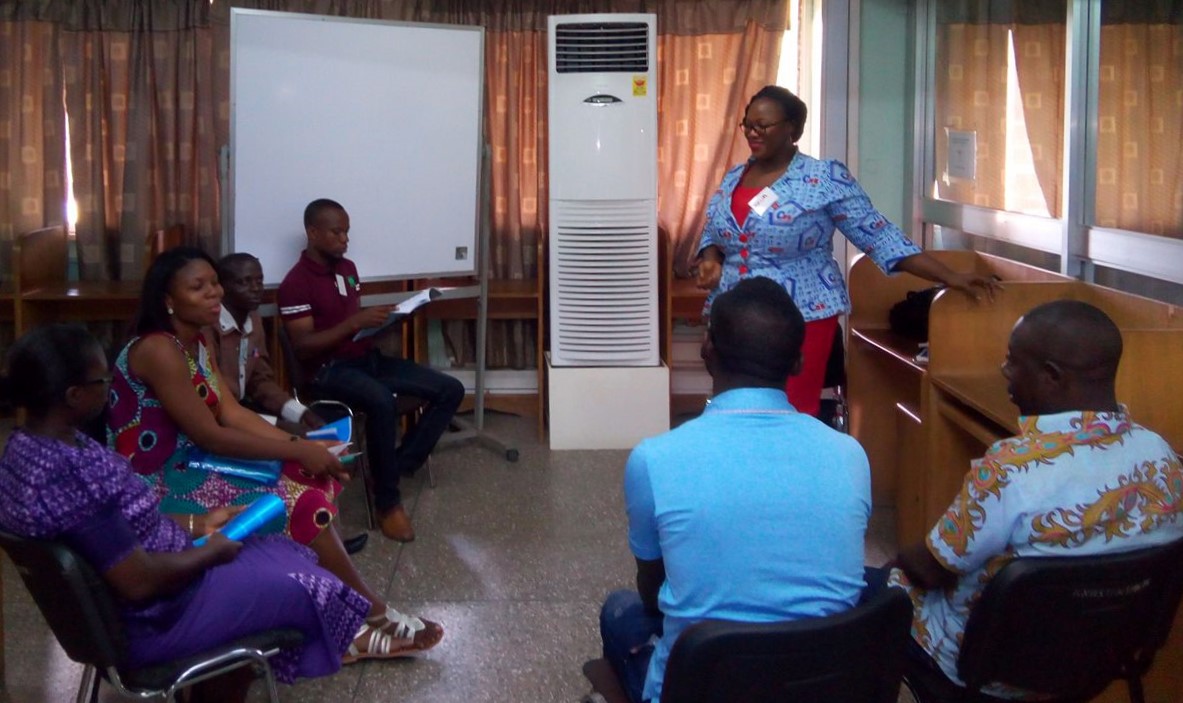 In order to provide the best care we can to the rescued children in our shelter, our staff continually undergoes professional development and skills training throughout the year. Most recently, a member of the Juconi Foundation, based in Mexico and a fellow member of Family for Every Child, came and did trainings about a variety of topics throughout her week-long stay. The shelter staff found the trainings extremely helpful and implemented much of these new techniques immediately.

One of the topics covered during this training was attachment therapy. Many staff members were familiar with attachment therapy from before the training, but hearing about how it affects children from a professional who works with similar populations in Mexico made the information much more practical and easier for the social workers and the shelter assistants to relate to the children they work with. Understanding the because many of the children were trafficked at a young age, typically around 5, and that many of them were experiencing insecure or ambivalent attachment has helped the staff to reframe their understandings of the reactions and behaviours of many of the children they work with. The staff has now begun to make an effort to begin attachment when new rescues come to the shelter by building trust, making them feel at home and filling the vacuum of care from their former life.

These reshaped attitudes around attachment also help to support another topic from the training: hypothetical language. Rather than labelling children as “bad,” “naughty,” or “stubborn,” instead our caregivers think the hypothetical situations of what their past experiences may have been that are resulting in the behaviour and reactions at hand. The children are often exhibiting a learned behaviour that stems from their attachment issues. By framing interactions in hypotheticals, it helps to build empathy between the caregivers and the children so that they can work together towards recovery. This also helps the children to not feel as if they are labelled as “bad,” and pigeonhole themselves into what they think that category is or give up on trying altogether.

Once the staff was able to begin thinking hypothetically about the children’s past, they were able to better understand how to use positive discipline. Because the children have been exposed to violence in their former lives and many of them have learned that they must fight in order to survive, violence from the staff does not correct the undesirable behaviour and only contributes to the circle of violence. Instead, the training taught the staff to reason with the children, and that if they are being violent, to give them time to calm themselves before engaging in a caring discussion.

“Instead of trying to get rid of the old path, we should work together to build a new one,” Shelter Manager Linda Osabusey said when describing how positive discipline works in the shelter. “We’ve already seen the effects of positive discipline in the two weeks since we’ve really implemented it. You can see the numbers improving in the behaviour charts. Many of the children who felt like they were labelled as bad, and had given up and just stopped trying – they had never gotten [one of the weekly] awards. This last week, for some of them, it was their first time.”

One thing that the shelter staff learned about and hopes to find a way to implement in the future is individual family therapies. There is often pain, distrust and attachment problems between the child and their family members and being able to do family therapies would help to repair those relationships and create a healthy and healing path forward.

We are excited to watch the shelter staff grow in this way and provide what we believe should be the standard of care for rescued children in Ghana and around the world. We are especially grateful to Family for Every Child for providing us with the opportunity to have this training.