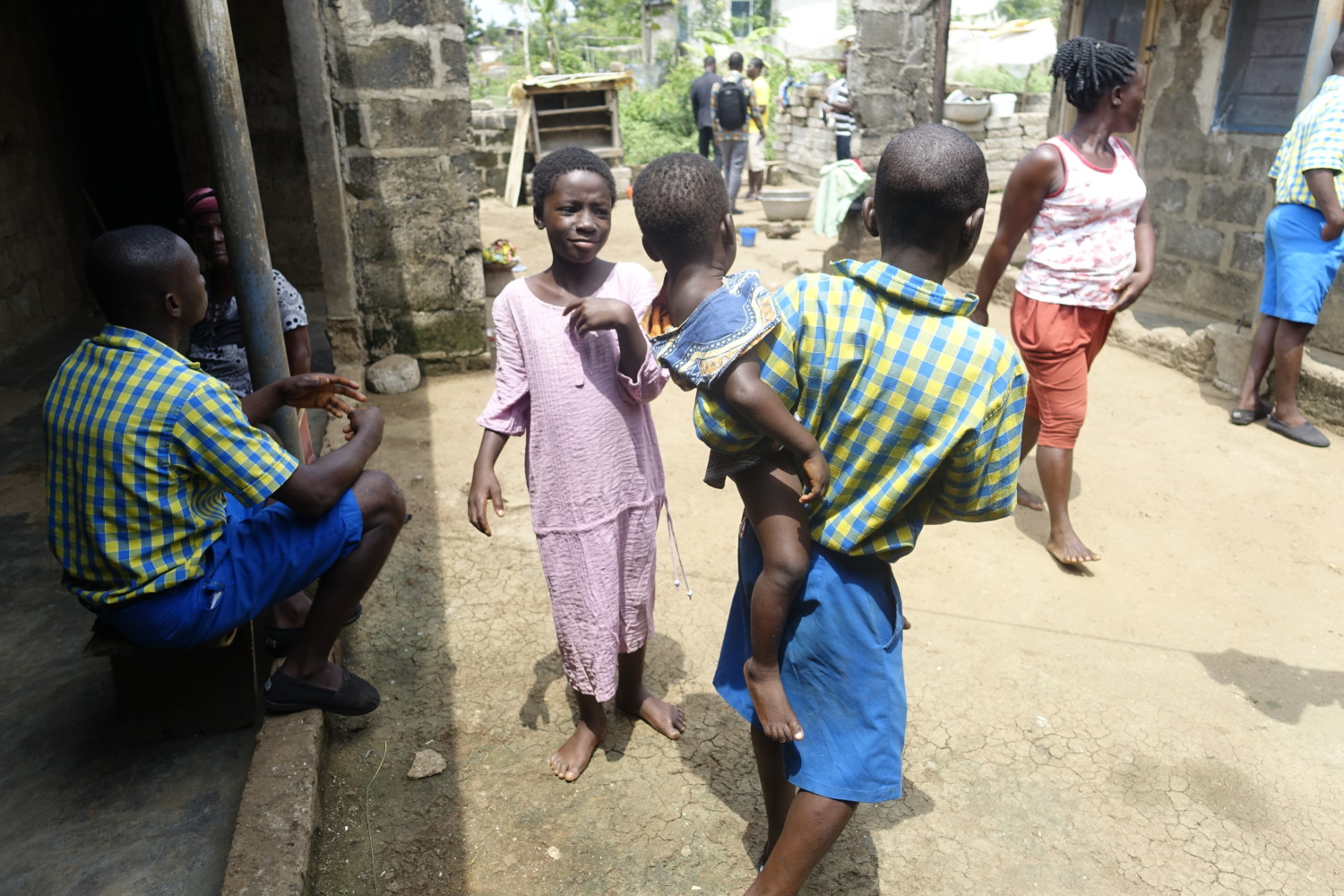 Sometimes it’s been years since a mother or father has seen their child, who’d been sent to northern regions to work on Lake Volta. Sometimes the mother and father her/himself sent the child away, but other times it was other family members who take that responsibility.

When children are rescued by Challenging Heights, they are taken to the Hovde House Rehabilitation Shelter. They live, learn, and play with children just like them, who have also spent time working in abusive, hazardous conditions instead of going to school and were unable to enjoy a safe and loving family life.

After a couple weeks of initial introduction to shelter routine and care, the children receive their families – parents, siblings, and grandparents. These visits bring tears; there may be some anger. Sometimes there is even confusion about a child’s name.

In one case, a boy whose family said he was about 8 years-old, told the shelter one name. When his father visited, the father called him by a different name. The next week, his grandmother and a few aunties visited and called him by the first name. Staff at the shelter then need to do some research to determine what the boy’s actual name is, and call him by that name.

Often on the lake, children are given new names by their traffickers, so that they will be harder to be found and brought home to their families.

The 8 year-old had been working on the lake for four and a half years. That means he was a very small boy when he was first sent to Lake Volta, and memories as to what his name is could be hazy. The group of children from Challenging Heights’ last rescue has many who are very young, even four or five years-old. Those children could have been born on the lake, or brought to Lake Volta when they infants or toddlers. Life on the lake is all they knew.

A slightly older boy, his parents said he is 15, though he’s small in stature, seemed uncomfortable in the introduction to his parents. Shelter staff explains that the father left his mother before the boy was born, so the boy never knew this man claiming to be his father. His mother had been unable to care for him as a child, so he mostly lived with his grandmother.

When the boy’s mother saw him, she began to tear up; wiping her eyes with a cloth as he absently pulled up a chair and sat down. The mother spoke to the boy with a sort of yearning, with an expression of regret on her face. The boy mostly looked away. He seemed disinterested and distant towards the mother and the small boy who jumped around on her lap as they spoke.

This separation of family members is a common practise among lower-income families in Ghana, and the emotional pain that it may cause the children is something that counsellors and social workers at the Hovde House work on throughout their care.

Rosemond, a Challenging Heights Field Officer, was on the last rescue when 24 of the children at the shelter were picked up from their masters on the lake, and brought back to the Central Region. She says she feels a stronger connection to the children she was there to rescue. A smile stretched across her face as she described how they are after a few weeks after the rescue, compared to when she first met them on the boat. Their physical appearance is better kept; they’re nicer, Rosemond said. The children who may have arrived at the shelter angry or silently keeping to themselves, now talk more and show warmth.

Parents’ visits give them a chance to see how their child is being cared for with Challenging Heights. Some people hear false rumours that the organisation will take their children and use them for traditional juju (witchcraft) practices, but once they see the Hovde House, and realize that their child is eating well, in school, and in a safe environment, they are relieved and pleased for all the help their child receives.