Community Disputes are solved by Our “Respected Elder” 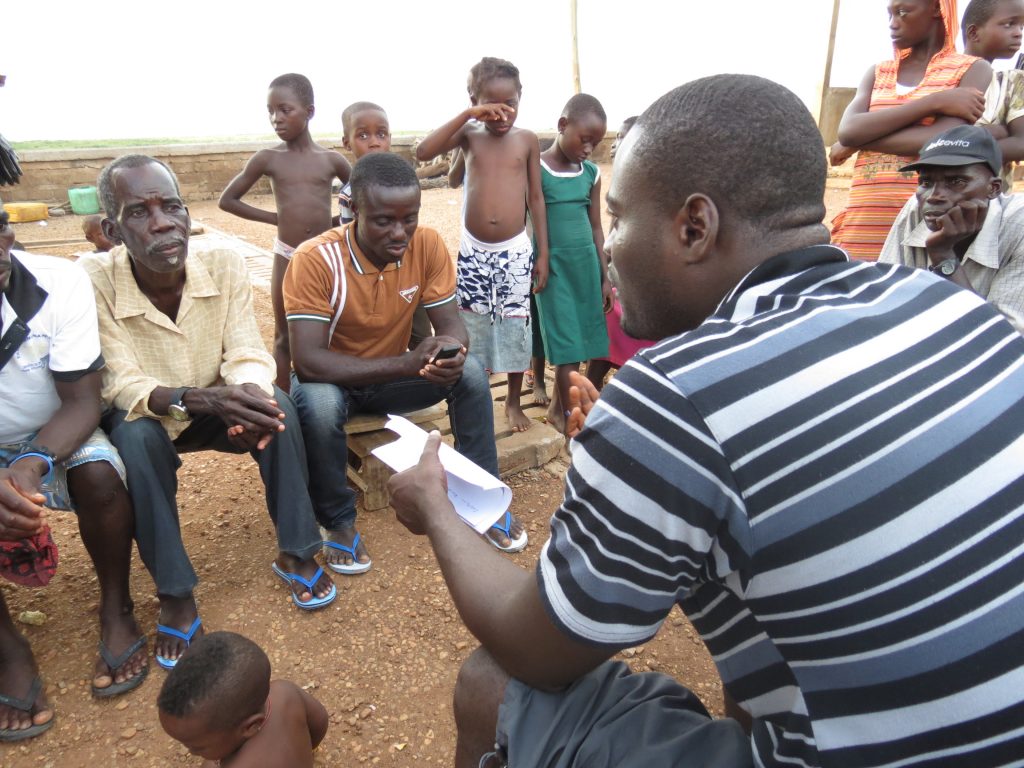 If a child reports neglect on the part of his own parents, or a parent needs support getting their spouse to help to care for children, Challenging Heights offers community mediation. Instead of waiting to be heard in a court, families struggling with internal disputes about custody and care turn to Victor Debi Mensah, known to nearly everyone in Winneba simply as, Mr. Mensah.

As an active community member for decades, Mr. Mensah needs no introduction for most people in Winneba. He taught many of them in class before becoming the Head Teacher of a local school, and is part of many social groups and organisations.

It was in his official retirement, however, that Mr Mensah became a key member of the Challenging Heights family. He was the first Headmaster for Challenging Heights School, as the organization and institution established itself in the community, and then “retired” again to become our Community Stakeholders Manager in 2011 .

Mr. Mensah serves as a mediator and facilitator in solving community and family disputes, and is approved by the local courts to legally handle such disagreements. Most often working with child neglect cases or marriage disputes, Mr. Mensah typically hears from one parent who reports another for neglecting their duties or not helping to care for their child. Other times, children may directly report their own cases of child neglect and ask for help to push their parents to take better care.

In this role, Mr. Mensah stays calm in the face of sometimes extremely tense conflict and he makes decisions in regard to the best interest of the child. Community members accept Mr. Mensah’s word as law.

Mr. Mensah also serves as our representative for many prominent groups in Winneba.

When asked about his favourite part of the job he quickly answers, “All”. He says he enjoys being part of an organization that is opening the eyes of the public and creating awareness about child labour. He says Challenging Heights is helping change people’s perspectives, so they can understand that children should not work on the lake.

The responsibility and challenge of helping solve disputes is what Mr. Mensah says keeps him sharp. He says he broadens his own mind, searching for new approaches to solve community problems and collaborating to help others find solutions.

Outside of the office, Mr. Mensah is often the MC at various social programmes that his friends, family and community members ask him to host. In his off time, he can be found surrounded by friends, chatting, laughing, and eating his favourite Ghanaian dish, fufu with light soup.

It’s Mr. Mensah’s devotion to children and better his community’s future that inspires others to take part and improve their families and communities.