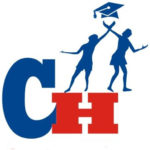 Prizes were presented by Senior James and teaching staff in charge of the positive behaviour programme. They want to show every student the benefit of acting, dressing, and speaking appropriately while they learn. Teachers like Lewis Osei say they heard other students promising to behave better next term, because they want to be awarded prizes, too.

Some children call Sir Lewis, “Roll of Honour” as they pass him at school, since he is one of five teachers on the behaviour committee. Students know that when Sir Lewis is in their classroom, he watches their every move. He and other teachers keep an eye out for those who strictly follow the student-created Code of Conduct, so they can be rewarded.

Sir Lewis says that his committee, lead by School/Head Teacher, Eric Asamani, ran a workshop with student representatives from every class to come up with their own “rules,” for their peers to follow as the Code of Conduct. Two students from each class were selected to create the rules which would govern themselves and their peers. Those chosen were often poorly behaved themselves. The idea behind this was to get them involved in creating their own expectations at school, and the results so far have been promising

The Code of Conduct focuses on showing respect for teachers, staff, other students, and visitors, as well as avoiding fights and being kind to others. Students are expected to speak only English at school, as well as staying attentive in class, and keeping classrooms and their own uniforms neat and tidy.

If students misbehave, we stay away from violent punishment and give children boring tasks that they must complete alone. Discipline may range from picking up trash around campus or cleaning the washrooms, to students having to write repetitive lines. Older students may be told to join the preschool classes and complete their lessons.

Teachers recommend students for Sir Lewis and his colleagues to monitor over a period of time, and the committee chooses who qualifies for the Roll of Honour.

Rewards vary based on age level and the three tiers of the Roll of Honour: Bronze, Silver and Gold. Students who are placed in the bronze level will be awarded extra time to be in the school’s library or play games on the computers in the Information Technology Centre.

As students progress through the silver and gold level they are also afforded time with Senior James and other CH staff, go on special trips, or watch movies with snacks. The children are given special badges to identify them as a good student, which we hope will motivate others

Once they reach the silver level, half of students’ tuition is paid by Challenging Heights, and the gold level students are also afforded time to spend with CH authorities, go on special trips, or watch movies with snacks. The children are given special tags to identify as a good student.

Prizes awarded to students at the end of the term have been donated as generous gifts from overseas visitors to Challenging Heights. If people bring items throughout the year, we usually save them for occasions and ongoing projects like this, to share with as many deserving children as possible.

The Roll of Honour is part of a positive behaviour programme. Challenging Heights does not believe in violent discipline, which we consider immoral and a breach of children’s rights. Sadly corporal punishment is still widely accepted in Ghana, with caning practiced in most school, despite research showing it to be the least effective way of managing behaviour. Challenging Heights School has a no-caning policy and we are working hard to spread the message in 2015 in the hope that others will soon follow suit.