The Evidence of Slavery in Ghana is Undeniable 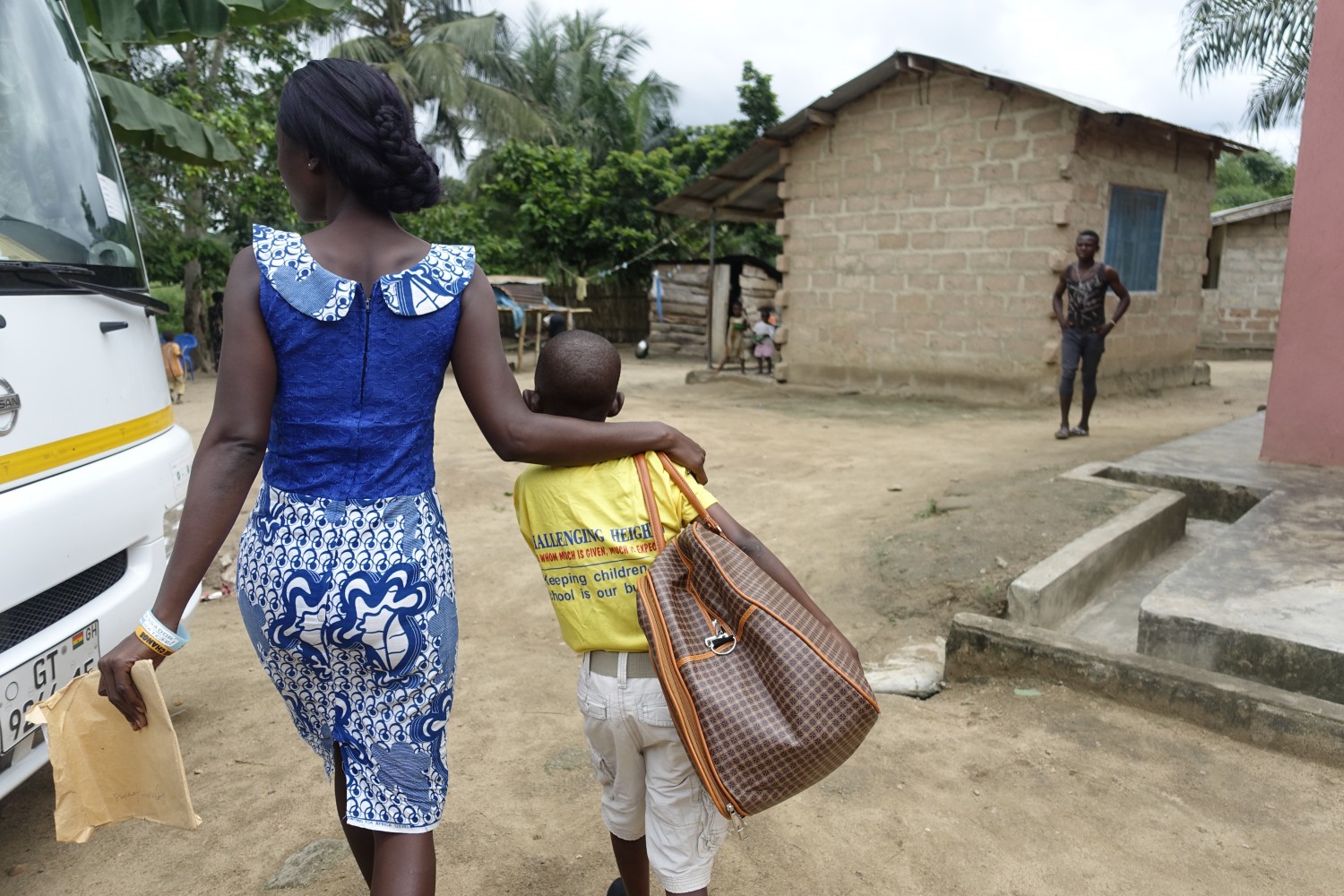 The evidence of Slavery in Ghana is undeniable Another 17 children have been rescued from hazardous forced labour on Lake Volta by Challenging Heights. The Ghanaian NGO returned to the Lake following the successful rescue of 21 trafficked children in October.

Their experiences add to the mounting and irrefutable evidence that slavery continues to be practiced in Ghana in the 21st Century. We know that:

• children are exchanged for money or given as bonded labour to pay off a debt;

• Children are transported to places they have no hope of returning home from by themselves;

• Children are handed over by parents who genuinely expect them to return after a few years, whilst traffickers take great pains to make sure they are never seen or heard of again;

• Children are told they are going to a secure life of opportunity, when in fact they are physically and emotionally abused, neglected and starved, and denied an education and even their most basic rights;

• Children are forced to do hazardous labour that is detrimental to their health;

• Children often die from the dangerous work they do and abuse they suffer. Those familiar with our country’s history will recognize these stories. You can hear similar ones every day from the guides who show visitors around slave castles in Cape Coast and Elmina.

They are the experiences of our ancestors. But they are also the experiences of thousands of children in our country today. Historic slavery may have ended, but modern slavery is very much alive in Ghana (as it is in many other countries around the world). People may not be transported across the seas in chains anymore, but the lives of trafficked children who become the property of “masters” are no different.

Cape Coast Castle carries a marble plaque with the words “In Everlasting Memory of the anguish of our ancestors. May those who die rest in peace. May those who return find their roots. May humanity never again perpetrate such injustices against humanity. We, the living, vow to uphold this”. Yet a Government of Ghana ILO/IPEC report in 2013 estimated that there are 49,000 children working on Lake Volta alone, 21,000 in hazardous labour. This is not counting those trapped in domestic servitude or sexual exploitation and those in forced labour in mining or agriculture, which the Global Slavery Index estimates exceeds 190,000. So it appears that we have forgotten, and that we, the living, are failing to uphold a noble promise made in the shadow of our dark history.

2015 must be the year that this ends. We can only solve the problem if we first acknowledge it exists. When children are sold, trafficked, denied their freedom and forced to work for no pay then they are slaves. Let us not deny that this evil exists, but rather confront it so that we can eliminate it.

This will need committed action from all sectors of society. Every citizen needs to be vigilant for signs that children are being exploited. Every police officer should diligently check all vehicles for potentially trafficked children. Every faith and community leader should speak out and warn families of the dangers that face children who are sent away to work. If a child is seen outside of school during normal lesson hours – be it working in someone’s home or out on the street – then we must all recognise it as a sign that something is wrong and seek to intervene.

Our children are our future and to deny any one of them their inalienable rights to freedom, education and opportunity is a betrayal of our nation’s founding principles. Let us therefore seize the opportunity that a New Year grants us to each commit to ending slavery in Ghana forever, and secure freedom and justice for all.